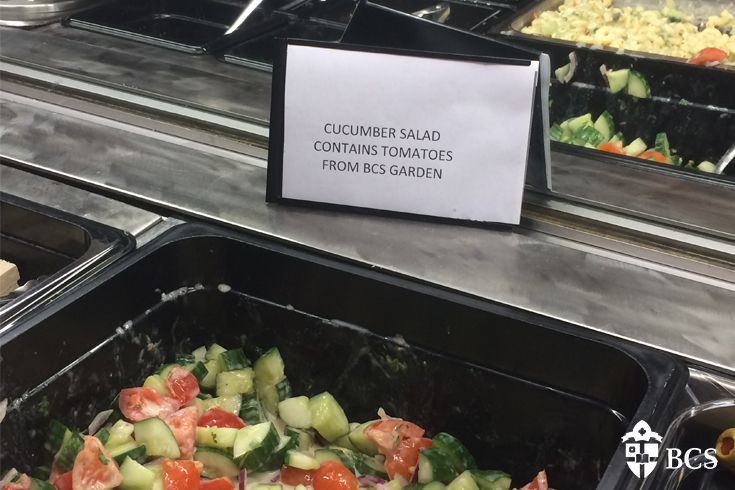 Fresh from the garden

Sep. 15, 2016 | After planting a community garden last spring, students at BCS got to taste the vegetables of their labour this week.
Dining Hall's kitchen staff have been waiting all summer to get their hands on the fresh produce that was planted at the end of the 2015-16 school year. Throughout the summer, while campus was mostly empty, pumpkins, peppers, herbs, and more have grown tall in the planters box that was built from scratch on site by Mr. White and his team. Yesterday at lunch, the kitchen proudly served a homemade cucumber salad containing fresh tomatoes hand-picked straight from that very garden, which is only steps away from Dining Hall and its prep station.