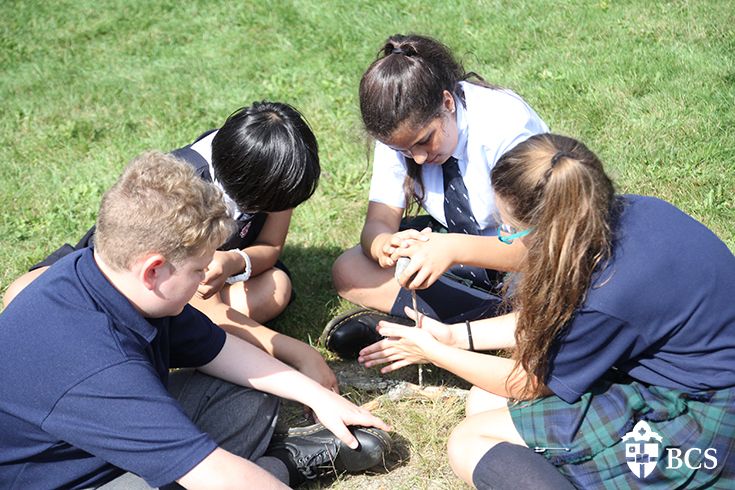 We made fire (almost)!

Sep. 20, 2016 | Mr. MacLachlan's Form II History class attempted to make fire this morning.
As part of their module on prehistoric humans in their History and Citizenship course, the class was split into two groups and charged with the task of producing fire without any modern luxury (except for the marshmallows they hoped to toast!). One group was permitted to work with language, while the other was allowed to work with only non-linguistic signals and vocalizations. In the end, neither group achieved a full-fledged campfire but lessons were learned - one being that raw marshmallows taste good, too!
Back
80 chemin Moulton Hill, Sherbrooke, QC J1M 1Z8 CANADA
Phone: 1.819.566.0227 | Toll-free: 1.877.570.7542  | Email Us