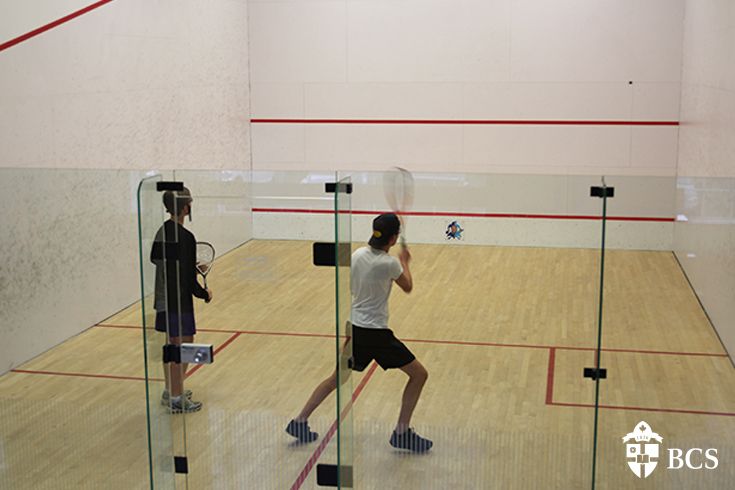 Back on the backspin

Nov. 2, 2016 | Winter crease kicked off this week, offering lots of new sport opportunities and signaling the return of the formidable BCS Squash team.
On the heels of a very successful season last year, Mr. White and Mr. de Sainte Marie will be fielding a new group of both seasoned athletes and beginners eager to take up the racquet. BCS' squash players are lucky enough to enjoy the use of on-campus facilities, which were a gift from Old Boys over 60 years ago and have since been renovated into three new and modern courts. Last year, BCS players occupied the second and third-best rankings for U17 men and women, respectively, in Quebec.

Good luck for the new season!