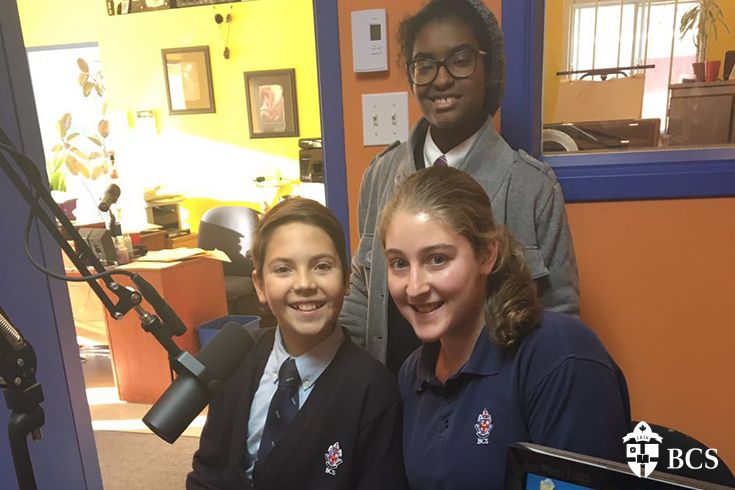 Nov. 9, 2016 | Members of the BCS Players’ Club were recently live on the QUBE 88.9 FM radio station to promote our upcoming theatre production.
If you were listening to the Eastern Townships community station on Monday, you probably heard the voices of Daniel, Ivannia, and Candy discussing the play they’ve been working on with their fellow cast members for the past several weeks. Presented in the R. Lewis Evans Memorial Theatre from November 17 to 19, “The Realm” by Sarah Myers tells the story of two teenagers trying to escape a dystopian world in which everything is rationed - even the length of a human life. Sounds chilling? You won't want to miss it!