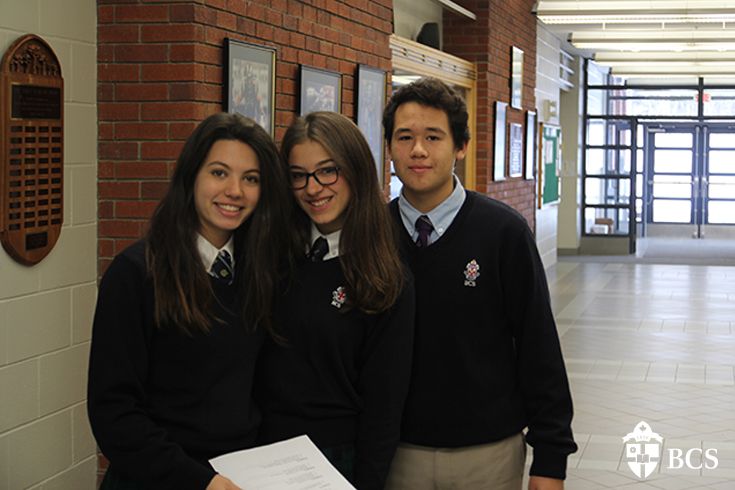 Nov. 24, 2016 | As part of their Français, langue étrangère (French as foreign language) class, Form V students found themselves exploring the hallways this morning.
They were participating in a very detailed “rallye” designed to teach them orientation -and all in French! Working as teams of three and following the instructions they were given, Mrs. Mesnil’s class had to find various words written out on paper and placed around the school. The activity was also an occasion for them to put to use the terms they learned in the unit “Mon école”. While there was definitely some confusion at the beginning, all the teams made it through and found their way to the end!
Back
80 chemin Moulton Hill, Sherbrooke, QC J1M 1Z8 CANADA
Phone: 1.819.566.0227 | Toll-free: 1.877.570.7542  | Email Us