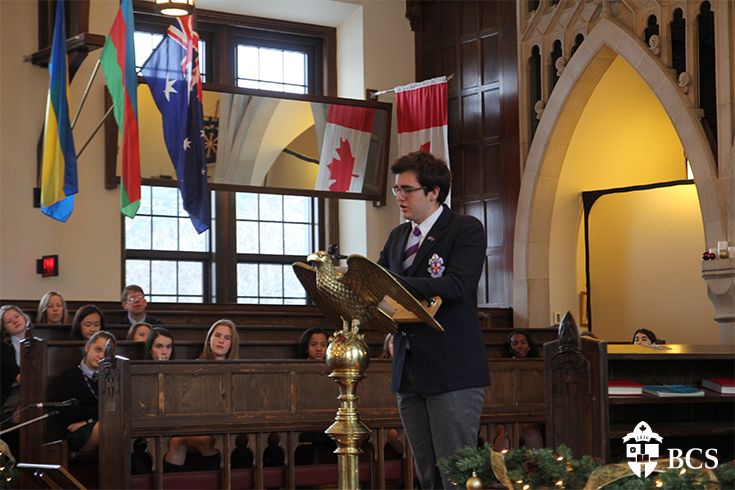 Dec. 6, 2016 | In 1991, the Parliament of Canada established December 6 as the National Day of Remembrance and Action on Violence against Women.
On that significant day two years prior, 14 young women were killed in what would come to be known as the Montreal Massacre at École Polytechnique de Montréal. 27 years later, violence against women is tragically still prevalent in our society. Prefects Julia and Nicolas shared some startling statistics with us in Morning Assemby today, and reminded us of the meaning behind the White Ribbon Campaign (WRC), also founded in 1991 by activists such as the late Jack Layton. The campaign aims to educate boys and men to speak out against all forms of violence towards women through workshops, presentations, and counseling. It has since become one of the largest men's anti-violence programs in the world.
Back
80 chemin Moulton Hill, Sherbrooke, QC J1M 1Z8 CANADA
Phone: 1.819.566.0227 | Toll-free: 1.877.570.7542  | Email Us