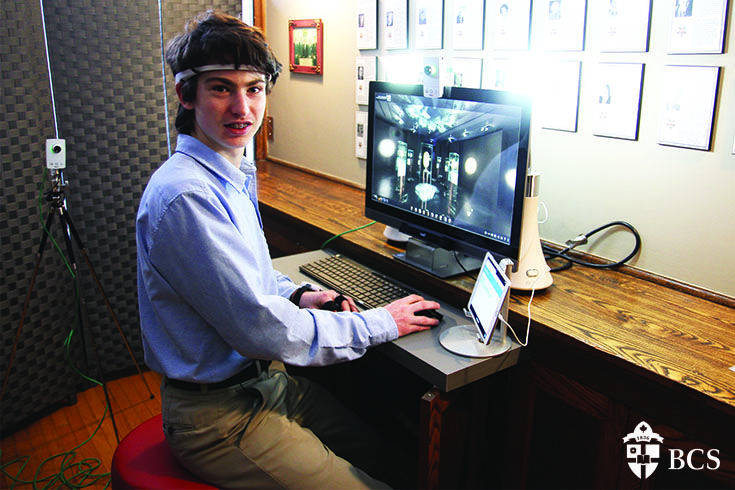 Jan. 19, 2017 | After several years of attending the Hydro-Quebec Expo Science Fair, one BCS student decided to produce his own science and technology experiment right here on campus.
Form V student Donovan F. spent his day conducting a test of virtual perception on twenty volunteers of all ages. By analyzing the behaviours and reactions of these test subjects, he was able to identify numerous variables as to why youth and adults might react differently to virtual reality. Through the use of sensors, Donovan collected data from his participants based on their brain activity, the materialization of sweat on their hands, and several key areas of their facial expression grid. Donovan has had some significant help with this experiment, including scientific sponsor Dr. Jonathan Carriere from Bishop's University's Department of Psychology, and a loan of the European portative laboratory.
Back
80 chemin Moulton Hill, Sherbrooke, QC J1M 1Z8 CANADA
Phone: 1.819.566.0227 | Toll-free: 1.877.570.7542  | Email Us