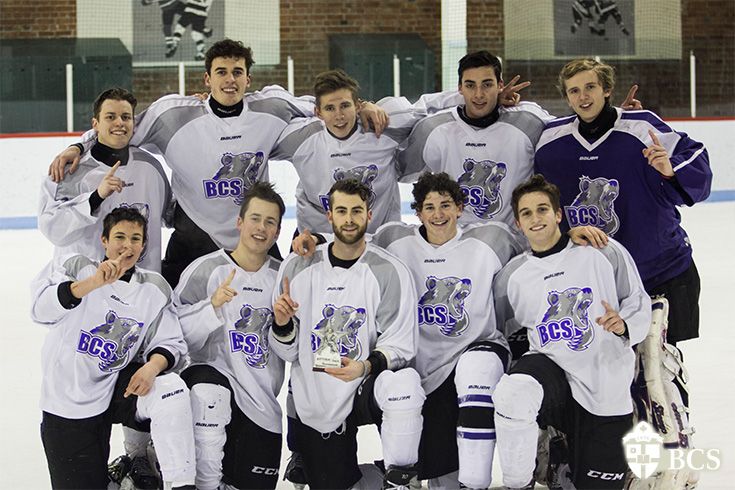 Jan. 31, 2017 | The BCS Hockey program laced up their skates yesterday to play for fun - and serious bragging rights!
Four teams combining players from both the U18/Varsity and U16/Prep played three round robin games each to determine the semi-final match-ups and subsequently the final of the annual 4-on-4 tournament. Even though BCS fields two elite teams, those teams are one program and this gives them the opportunity to play together. It's also one of the rare times they get to play with the coaches, meaning lots of chirping, laughing, and good fun. In the end, Coach Alarie's team took home the trophy for the second year in a row!
Back
80 chemin Moulton Hill, Sherbrooke, QC J1M 1Z8 CANADA
Phone: 1.819.566.0227 | Toll-free: 1.877.570.7542  | Email Us