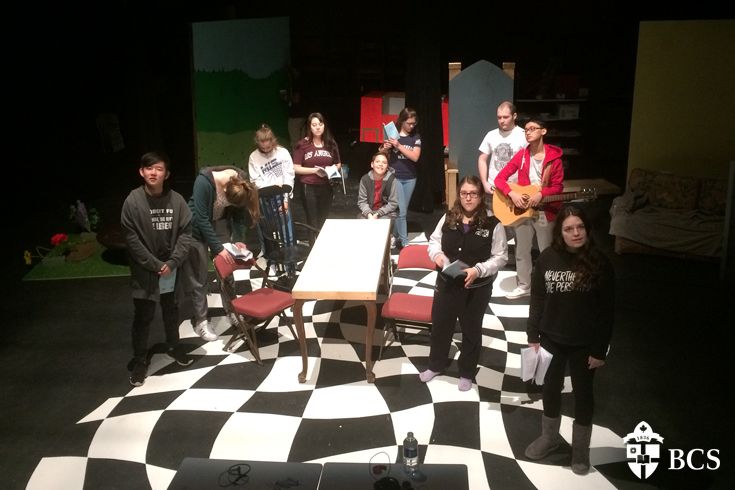 Apr. 6, 2017 | With the latest BCS Players' Production a mere three weeks away, the cast and crew are hard at work perfecting this season's play.
From April 26 - 29, our shining theatre stars will take to the stage to present "Alice in America-land" by Dennis Snee. The story is a fresh and lively update of Lewis Carroll's class tale, following the same characters and adventures but with a decidely modern take, including a scene in which Alice becomes the unwitting subject for a showbiz roast with two aging, bitter comedians - the Mad Hatter and the March Hare!