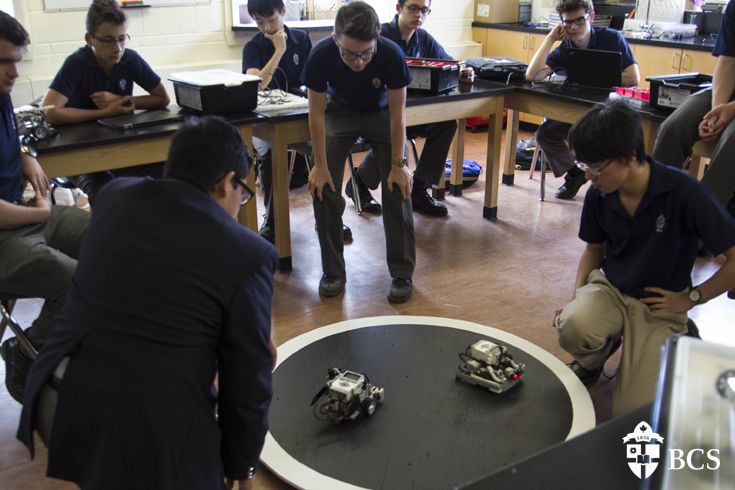 Apr. 27, 2017 | Several wrestling matches took place this morning in Mr. Madsen's classroom...
...wrestling matches between robots, that is! Students in the Form IV Robotics class had to design, program, construct, redesign, improve, and finally present a Lego Robot to push, lift, bounce, pull, launch, or otherwise remove their opponent's device from the circle, or "mat". The class went through a round robin of head-to-head competition in order to determine a 1-7 ranking, then entered the elimination tournament. Congratulations to Maeve and Evan who won the round robin and to Ian and Sebastien whose robot was crowned the tournament champion!
Back
80 chemin Moulton Hill, Sherbrooke, QC J1M 1Z8 CANADA
Phone: 1.819.566.0227 | Toll-free: 1.877.570.7542  | Email Us