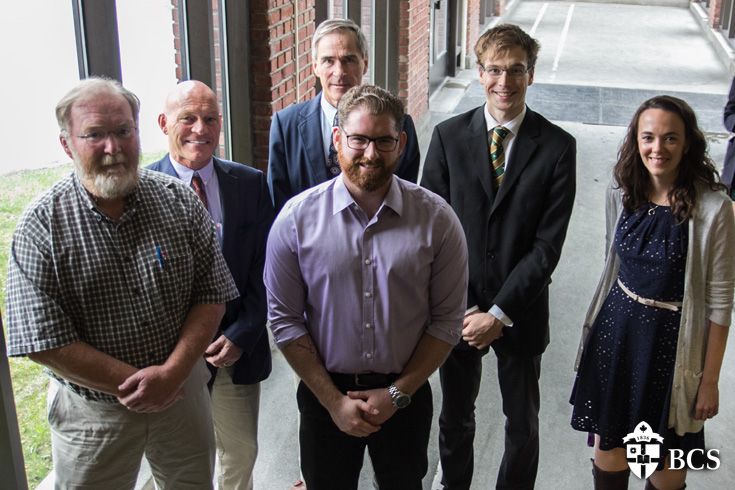 From BCS to NCAA

May 1, 2017 | Matthew Young, BCS'12, returned to BCS this morning and spoke in Chapel about his past few years playing NCAA hockey and his future plans.
Matt, who has been pursuing his hockey dream with the Finlandia University Lions in Michigan for the past two years, encouraged students to make the most of their time at BCS. Originally from Kingsley, New Brunswick, the young athlete arrived for Form VII and lived in McNaughton House. Matt recently announced his decision to end his competitive hockey career at the NCAA level due to various injuries and a tough last season. While Matt said that hockey has brought him many memories that he will forever cherish, he's looking forward to being back in Canada and focusing his energy on completing his Psychology degree.