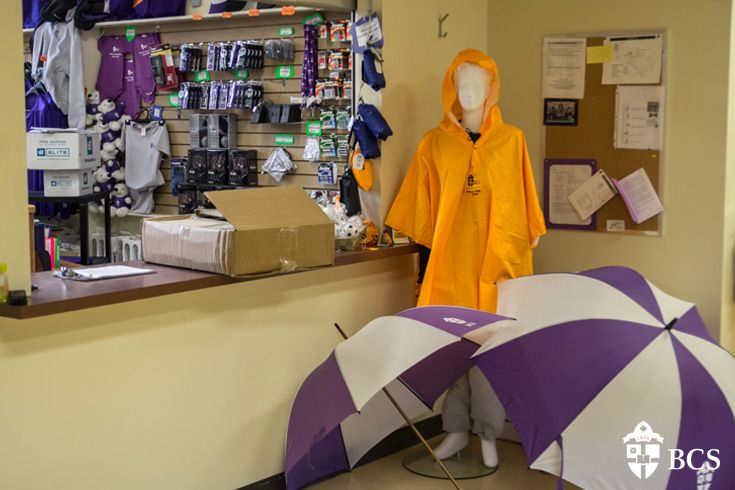 May 11, 2017 | With temperature forecasts below seasonal and continuous rain, we are anxiously awaiting for the sun and spring to return.
Reports show that Quebec received more rain last Friday than the entire month of May 2016, which has resulted in overflowing rivers and has forced some homeowners to evacuate their dwellings in certain areas. Montreal even declared a state of emergency for the first time since the 1998 ice storm. While we’ve been lucky not to be affected by such extremes, our campus has suffered from continuous grey skies and what feels like daily rainfalls–so much so that the Supply Shop’s current display is rain gear! Feel free to rock the custom BCS orange poncho while we ride out these April AND May showers.
Back
80 chemin Moulton Hill, Sherbrooke, QC J1M 1Z8 CANADA
Phone: 1.819.566.0227 | Toll-free: 1.877.570.7542  | Email Us