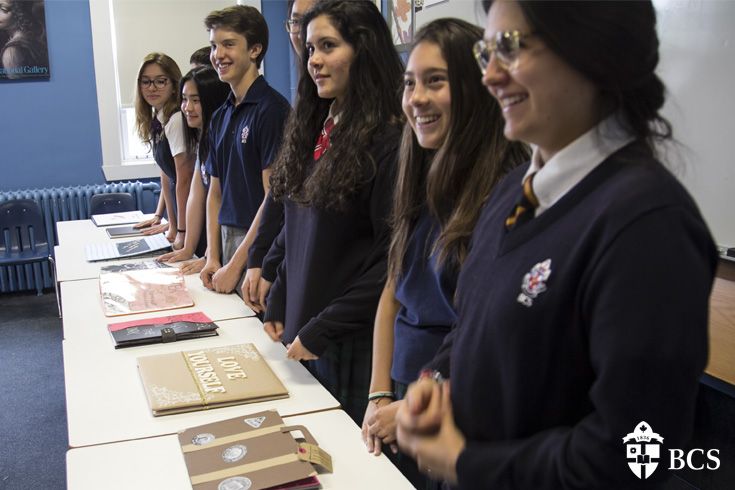 Jun. 6, 2017 | Mrs. Carey's and Mrs. Rothney's Form IV English classes presented their year-end projects this afternoon.
The students' anthologies centred around a theme, which was inspired by a song lyric they chose from a list their teacher provided. Students have been working on the curated anthologies for over a month, developing their content as directed. Each project includes three original poems written by the student themself, as well as a fourth creative piece of their choosing that could be fiction or non-fiction. They were also required to analyze two published poems of their choosing. Many also chose to illustrate their written work and one student even chose to write and perform a song.
Back
80 chemin Moulton Hill, Sherbrooke, QC J1M 1Z8 CANADA
Phone: 1.819.566.0227 | Toll-free: 1.877.570.7542  | Email Us