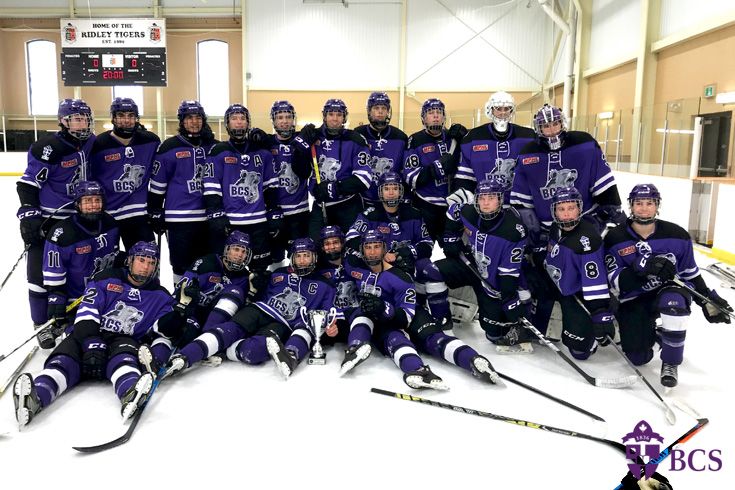 First one in the bag

Oct. 2, 2017 | Our U18/Varsity boys won their first tournament of the season this past weekend, repeating their victory two years ago at the Ridley Tiger Challenge Cup in St. Catharines.
The Tiger Cup is always a worthy tournament, fielding some of the best teams in North America. And even though it takes place during the very first weeks of the season when teams and lines are still gelling, the competition is always fierce with an almost playoff-like feel. Our boys played four round-robin games, losing the first in a tight shoot out against Lake Forest Academy but winning the other three to claim first place in their group. They then took on hosts Ridley on Sunday morning, winning an intense back and forth challenge with an empty net goal to clinch it 3-1.