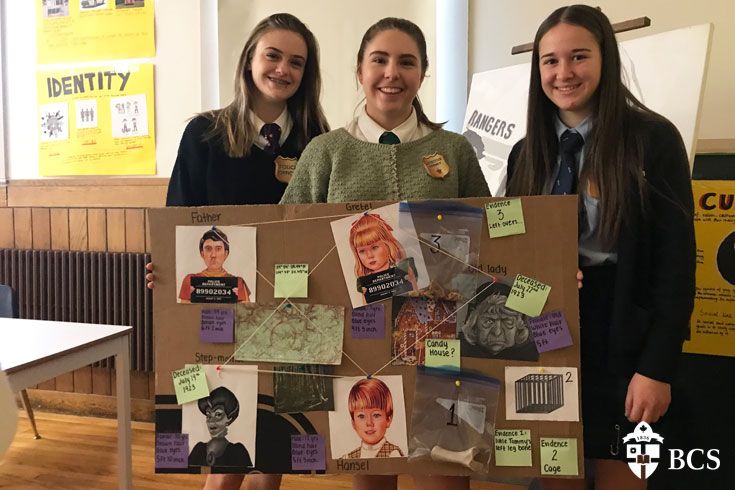 Dec. 8, 2017 | It’s not often fairy tales have a place in legal proceedings but that’s precisely what happened this week in Mr. St-Amant’s Form VII Law class.
After reading a fairy tale, the students broke into small groups to study the story on a criminal level. The purpose of this project was to identify the actus reus (mental element) and mens real(the act itself) of the crime, and to uncover the guilty party. Finally, the students had to determine the sentence that would be handed down to the guilty characters if they were convicted of the crime in Canada.
Back
80 chemin Moulton Hill, Sherbrooke, QC J1M 1Z8 CANADA
Phone: 1.819.566.0227 | Toll-free: 1.877.570.7542  | Email Us