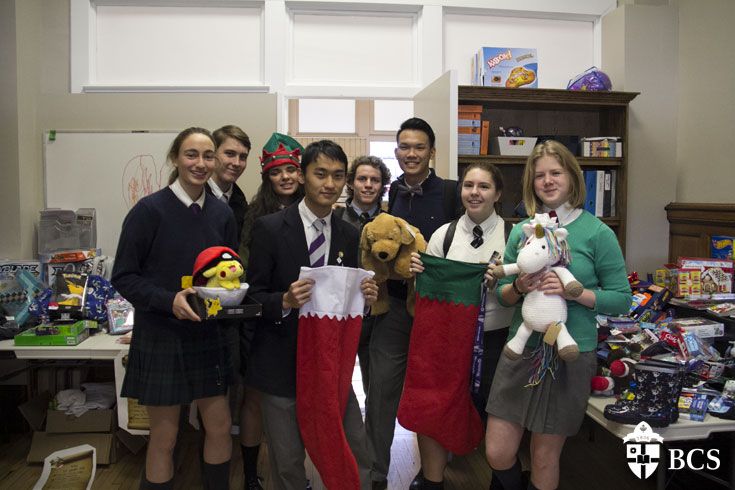 The true spirit of the holidays

Dec. 15, 2017 | The Secret Santa Campaign organized by the Lennoxville and District Women Centre (LDWC) has come to an end – with stellar results!
Yesterday was the last day we were collecting items for the Secret Santa Campaign. This morning, three of our Prefects, accompanied by Mrs. Lowry and Mr. Tessier, had the honour of delivering all our community’s donations to the LDWC for the families in need. Our initial goal was to sponsor a family of four children and to provide 50 stockings, but due to the high participation rate, we were able to surpass it! Mrs. Lowry also reported that this was a record-breaking year for donations.
Thanks to everyone who donated and helped to make the season that much warmer!
Back
80 chemin Moulton Hill, Sherbrooke, QC J1M 1Z8 CANADA
Phone: 1.819.566.0227 | Toll-free: 1.877.570.7542  | Email Us