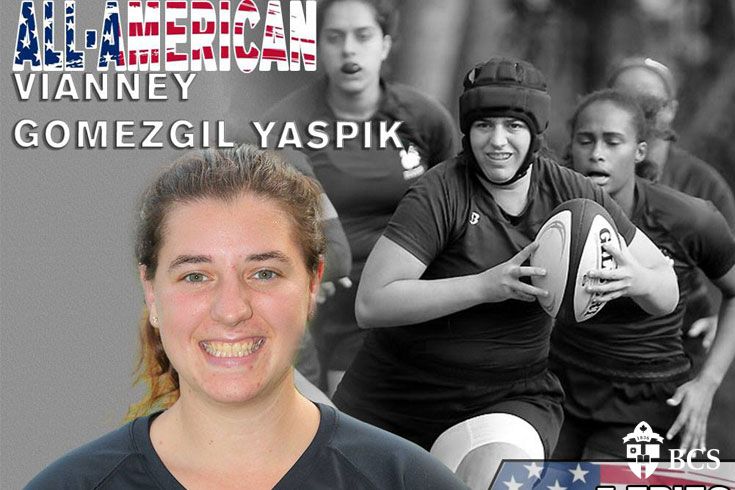 From BCS Bears to Polar Bears

Dec. 18, 2017 | Vianney Gomezgil Yaspik, BCS’14, has been named to the All-Americans by the National Intercollegiate Rugby Association (NIRA).
Last week, fifty athletes were honoured with the title of All-American by the NIRA, and one of our own was among them. While she was a student at BCS, Vianney participated in a variety of sports including cross country running, rugby, and basketball. A highlight accomplishment while playing on the Bears Senior Girls Rugby team was winning the 2013-14 CAIS Tournament. Academically, she was awarded with numerous Form Prizes in French, Physics, Chemistry, and Math. She also received the Awde Trophy for Public Speaking and became a Prefect in Form VII. Just like her sister Ivannia, who is current at BCS in Form VII, Vianney used to live in Gillard. Find out more about Vianney's All-American honour here.
Congratulations, Vianney!
Back
80 chemin Moulton Hill, Sherbrooke, QC J1M 1Z8 CANADA
Phone: 1.819.566.0227 | Toll-free: 1.877.570.7542  | Email Us