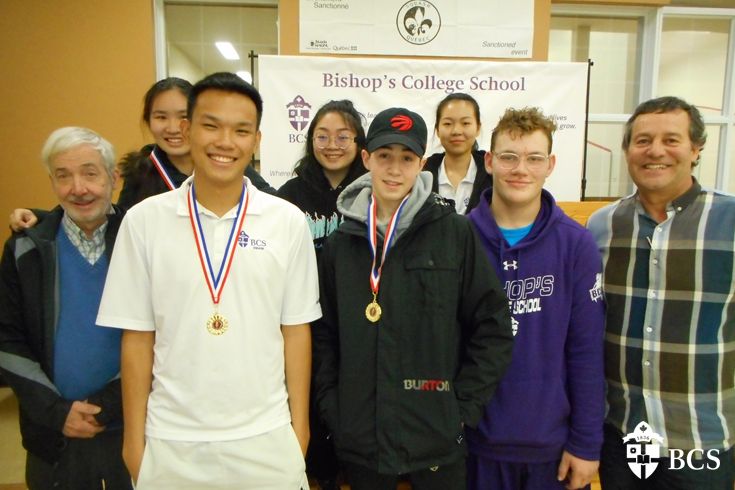 Jan. 23, 2018 | This past Sunday, BCS played host to the Squash Quebec Junior Circuit #5 tournament.
This is the first time we have hosted such a tournament and we are the only high school in Quebec to hold a Junior Circuit this season. Twenty-nine contestants from across Quebec participated, and there were many parents and fans packing the stands of our courts. While the official standings have yet to be released, Coach Beorn White confirmed that William de Sainte Marie finished third overall in the Super Prix category. What is more, as a result of their participation, all BCS players will earn a provincial ranking!
Back
80 chemin Moulton Hill, Sherbrooke, QC J1M 1Z8 CANADA
Phone: 1.819.566.0227 | Toll-free: 1.877.570.7542  | Email Us