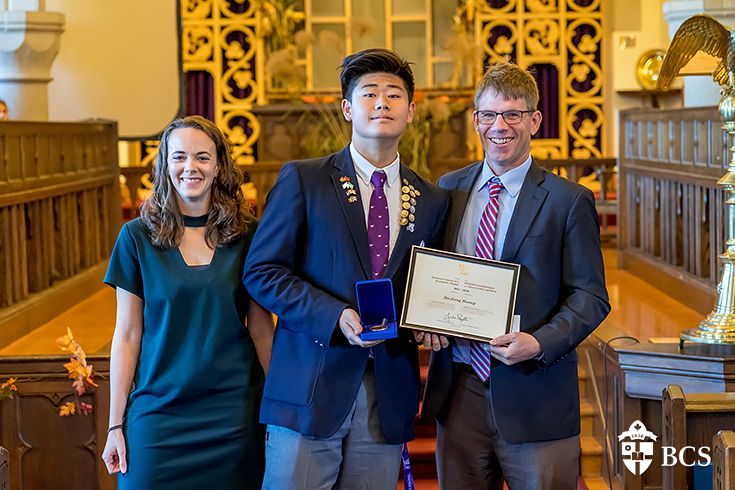 October 22, 2018 | The Academic Honour Roll and Head of School's List were announced in chapel this morning.
Over half of our students were recognized this morning for their high academic achievements in the spring 2018 term. Fifty-eight students made the Academic Honour Roll, which recognizes students with grade averages from 80% to 85%, while 75 students earned their place on the Head of School's List with averages above 85%. Among them, eight were given the award for the first time, earning an academic tie for their efforts.
Peter received the Governor General’s Academic Medal, a particularly high honour which recognizes students who have achieved the highest academic average during a given term at BCS.
Congratulations to all the recipients!
Back
80 chemin Moulton Hill, Sherbrooke, QC J1M 1Z8 CANADA
Phone: 1.819.566.0227 | Toll-free: 1.877.570.7542  | Email Us