About
News & Media
From Moulton Hill 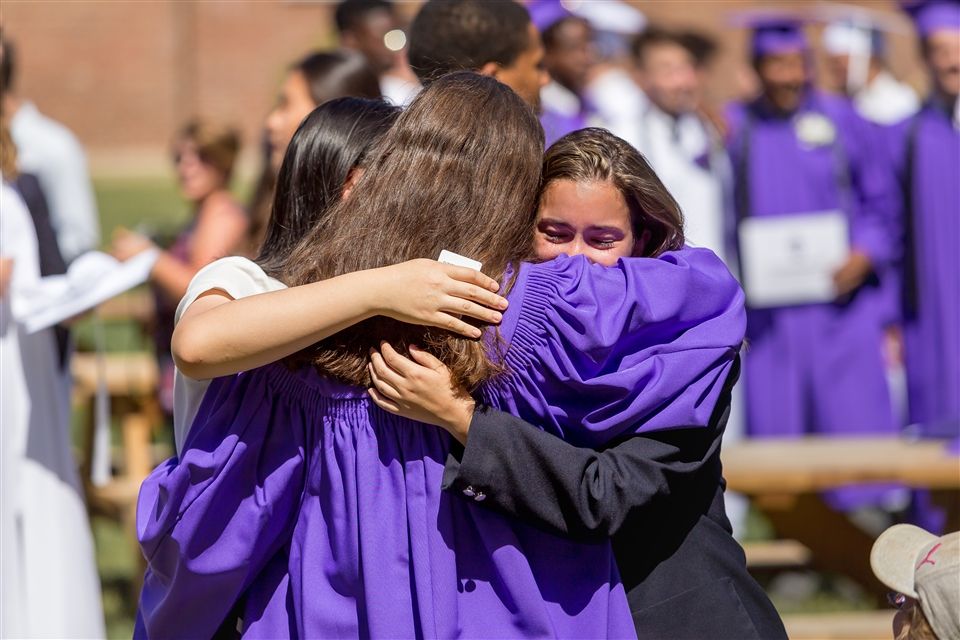 The Importance of Courage

Back in September we ran the Terry Fox Run, and it got me thinking about the tremendous courage that Terry Fox had when he embarked on his Marathon of Hope.
The definition of courage in the dictionary reads: “the ability to do something that frightens one.” Terry paralleled this definition when he said: “I want to try the impossible to show it can be done.” While it is a remarkable quote, there is something else that Terry said that truly resonated with me. He offered a different spin on courage: “it took cancer to realize that being self-centred is not the way to live. The answer is to try and help others.” It takes courage to not be self-centered and live a life trying to help others.
Over that weekend another interesting thing happened. It was right after a NFL game – let me paint the picture. The Cleveland Browns are a hapless football team who have not won a game in over a year. That weekend however, they had their chance. All they needed to win was a field goal and they had not one, but FOUR chances. The field goal is probably the loneliest play of the game. The kicker is out there all alone, trying to do something that is frightening, with millions of people watching, and (in this case) the game’s on the line. Well, Cleveland’s kicker missed them all! But his courage is not what I want to tell you about—it’s the courage of the opposing team’s kicker. He did something that shocked everyone. At the end of the game, Cleveland’s despondent kicker sat on the bench all alone with nobody from his team coming anywhere near him and tears streaming down his cheeks. The kicker from the opposing team came across, consoled him, and later tweeted: “At the end of the day, it’s not ‘just a game’ to us, this is our livelihood. Our careers rely on personal performance, as does everyone else’s. I will never pull for someone to fail, as I know I will, too.” Like Terry courageously said: “the answer is to try and help others.”
So how does this all relate to us? How are we called upon to have and use courage?
Can courage provide us with a clarity that it really is as simple as trying to help others?
How do you act in moments when you can help others? Or when others fail or struggle? When do you choose to speak up, even if you have nothing to gain?
Recently in chapel we watched the video of a one-year-old little boy who has been courageously battling cancer for most of his life. We can learn so much from children. For one thing, they offer such pure trust in those around them. If you see them only as needy or helpless—you’re missing it. Spin that interpretation around, and you’ll see and feel the absolute trust kids offer to the people in their world. Unless given a reason not to (and sometimes even then) they believe in, will connect with, trust, and love those who will slow down enough to catch their rhythm. They aren’t daunted by adversity and challenge, and will take on amazing challenges throughout their childhood. Take the time to see life from their angle, and I think you will learn something and perhaps start thinking differently about courage.
Connecting with and trusting the people around us, differentiating between trying to win and rooting for others to fail, and prioritizing help and awareness of others, regardless of our circumstances, these are all part of staying human, kind, and connected.
So, if courage is not just about us and conquering our own fears but also about our connection to others and proactively building and valuing all of our interconnections, let’s practise this by courageously building our community together. Let’s expand our circles of friendship and acquaintances, always welcoming more into them until we are one circle.
From Moulton Hill,
Tyler L. Lewis
Head of School
Back
80 chemin Moulton Hill, Sherbrooke, QC J1M 1Z8 CANADA
Phone: 1.819.566.0227 | Toll-free: 1.877.570.7542  | Email Us