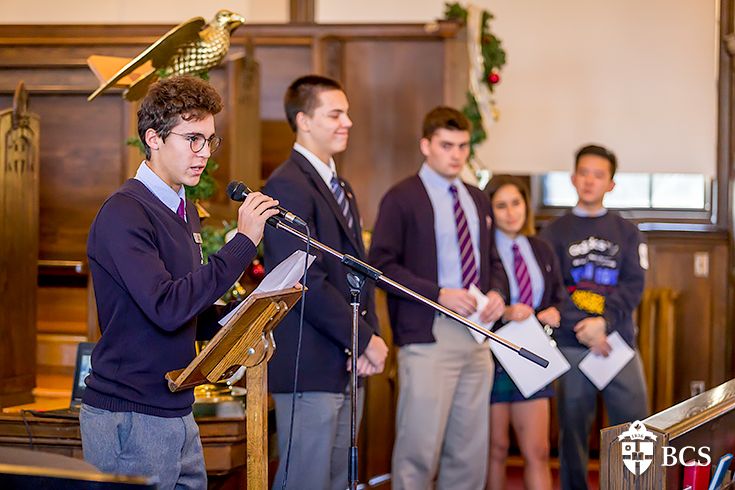 Dec. 5, 2018 | From Santa's workshop to the Land Down Under, this morning's chapel announcements spanned the globe.
Every Wednesday for the past three weeks, the newly formed Student News Club has taken on the responsibility of updating us on news from around the world. Given the international nature of the BCS community, Peter and Alfonso co-founded the club with the mission of keeping fellow students more informed about issues abroad. In this morning's edition, Alfonso updated everyone on the intensifying protests in France, Jesse educated students on the newly signed United States-Mexico-Canada Agreement, Ana Claudia discussed plans for new train infrastructures in Australia, and Robert spoke about the inebriated Japan Airlines pilot who recently received his sentence. Following the Student News Club and other announcements, Nikke, Leo, Altti, and Julia shared a short presentation about Finland in honour of their home country's Independence Day tomorrow. Touting their country's beautiful scenery, vibrant culture, and 3 million saunas, the group put particular emphasis on Lapland, believed by many Finns to be the site of Santa’s secret workshop.