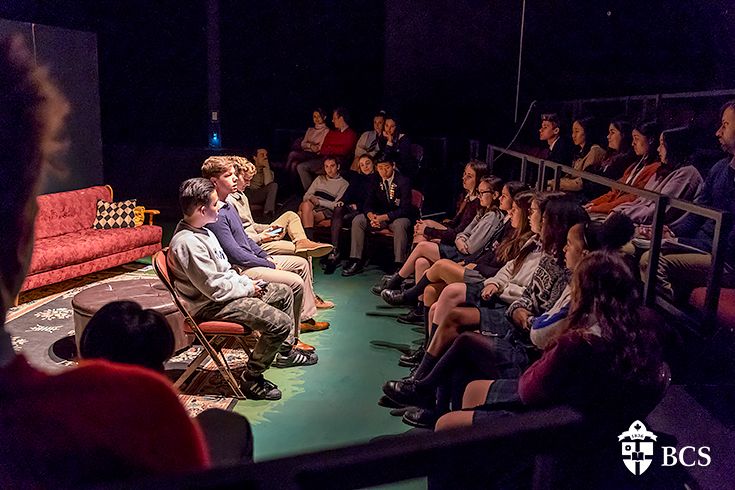 Dec. 13, 2018 | After 12 weeks of writing and rehearsing, three students in IB Theatre Arts held a gripping performance last night.
Robert, Sebastian, and Timothy took audiences on an emotional journey yesterday as they performed their own drama production, Hereditary. Written collaboratively between the three students, the 15-minute play dealt with themes including spousal abuse, interracial adoption, and homophobia. The performance was followed by a talkback with the audience, a required component of IB theatre productions, in which the actors explained their intentions with the play and sought feedback on their work. They discussed their desire to emulate Stanislavski's work and asked spectators whether they felt that the lighting cues, sound effects, and audience placement added to the tension of the piece.