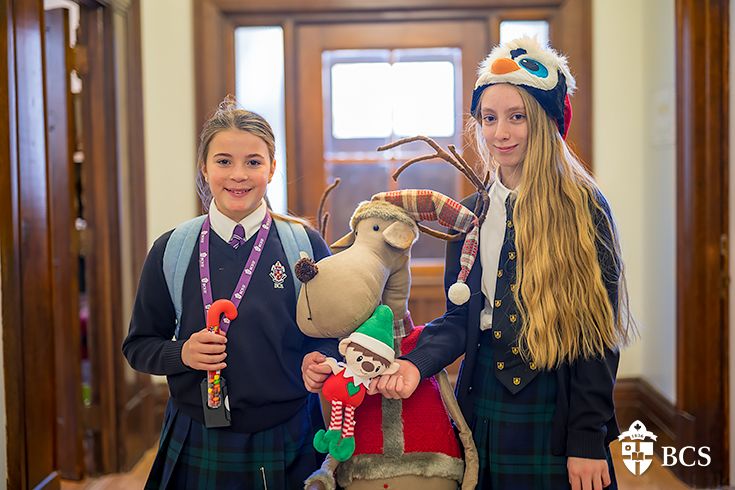 Dec. 18, 2018 | Finn the Elf has returned to BCS and he's waiting to be found!
For the past three years, the month of December has been marked by the arrival of Finn, an elf who hides in the halls and classrooms around campus every day. Emma and Kate were the first to find Finn last Monday. On the second day of their hunt, Mr. Lewis informed them that in all of Finn's time at BCS, no student had ever found him two days in a row. The challenge spurred on their search efforts and they've since found him six out of the last seven days. When asked about their strategy for finding Finn so consistently, the girls replied that they "just look for him." Today that task took over two hours as they scoured campus from bottom to top, eventually finding the stealthy elf above an intercom speaker on the third floor of School House.