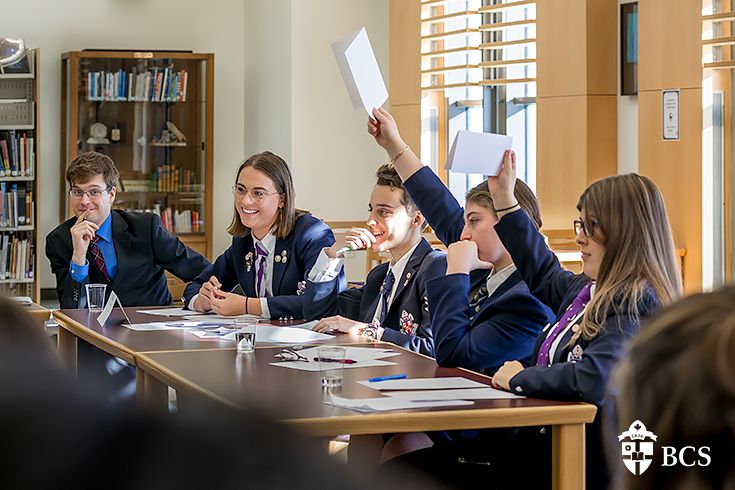 Jan. 14, 2019 | The first annual BCS Peace Summit took place today, tackling the issue of conflicts between Israel and Palestine.
Despite the bitter cold temperatures outside, things became heated in the library during second period. Under the guidance of Mr. McCormick, Form VII Global Politics students spent the past several weeks researching the Israeli/Palestinian conflict. Today, 11 students represented the many global players in the negotiation including Israel, Hamas, Fatah, the Arab League, the European Union, and the United States. Sebastian and Cala guided the discussion deftly, acting as secretaries of the United Nations "Everyone really got into character," Sophie commented after the event. "It made it a bit difficult to actually come to an agreement, but it also made the scenario more realistic." Despite reaching a final consensus with only seconds left in the discussion, Ivannia was proud of the work they achieved: "I think we came to a really good agreement." Lauralie agreed, adding: "we should send it to the UN!"