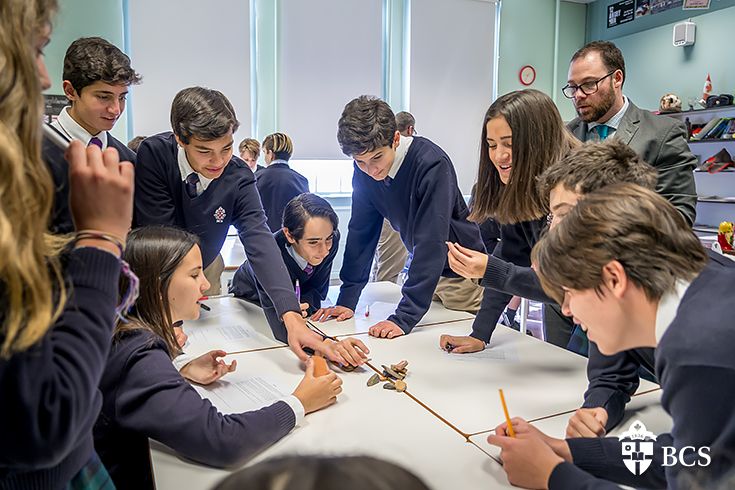 Feb. 1, 2019 | Our History and Citizenship students practised their archaeological investigation skills this afternoon.
Form III students got hands-on with history today as they identified shards of pottery from fifteenth century Thailand. As the pieces were passed around, Mr. White invited students to theorize about the purpose of the fragments and hypothesize about what they might reveal about the city in which they were found. Theorizing about why some pieces were thick and rough and others were thin and smooth, Caleb suggested that the finer pottery might have been used for cooking, while the coarser ones may have had more utilitarian purposes. Two of the pieces that confounded students the most were a ring and a small sphere. Justin proposed that the ball might be a cap or cork, while William thought it might have belonged in a toy. As it turns out, both pieces are thought to have been used in the kilning process to determine when a piece of pottery was finished drying. As students were captivated by his explanation of the artifacts, Mr. White drove home his message: "the truth is that there are no books telling us what these pieces of clay mean, so historians and archeologists need to work together to uncover truths about our past. Collaboration is key."