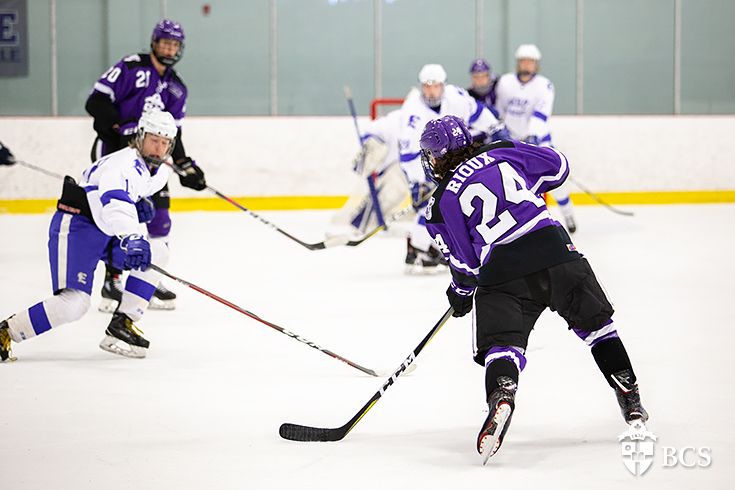 Feb. 4, 2019 | It's a great day to be a Bear!
Our U16 and U18 Elite Hockey Teams reigned victorious at this weekend's BCS Ice Hockey Showcase. Beginning on Thursday, we welcomed seven U16/Prep teams and 13 U18/Varsity teams from across Eastern Canada and the United States. Our U18 team won five out of six games, narrowly beating out Victus Academy to win the tournament in their division. Our U16's have made it to the finals for the past three years, but have fallen short of winning the tournament. This year, the team came out on top with an undefeated weekend, beating The Mount Academy in the finals. Find all the final stats and scores on our tournament microsite.