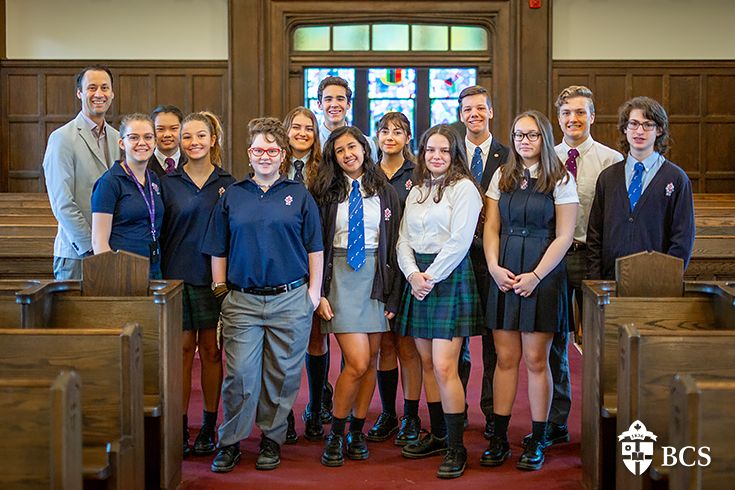 Feb. 5, 2019 | Our literary magazine, Inscape, is receiving accolades for its excellence once again this year!
Volume XXXVI of the annual publication was edited by a student committee led by Leah Plante-Wiener (BCS ’18) and overseen by Mr. Kelso (Head of the English Department). It has been “Nominated for First Class” by the National Council of Teachers of English and its REALM (Recognizing Excellence in Art and Literary Magazines) Program. The program received over 350 total entries and among the international publications, only four received the nomination.

Magazines are judged on a range of aspects such as the originality and strength of the writing, rhetorical variety, editing and proofreading, as well as design and layout. The program ranks magazines according to overall quality from “Merit” to “Excellent” to “Superior” to “Nominated for REALM First Class.”

Congratulations to all the students who contributed to Inscape with their short fiction, essays, poetry, and visual artworks. We're proud of their achievement and their part in sustaining our school’s tradition of excellence in creative writing and artistic expression. Thank you to longtime supporter of the literary arts Scott Abbott, BCS’67, for making this project possible every year!
Back
80 chemin Moulton Hill, Sherbrooke, QC J1M 1Z8 CANADA
Phone: 1.819.566.0227 | Toll-free: 1.877.570.7542  | Email Us