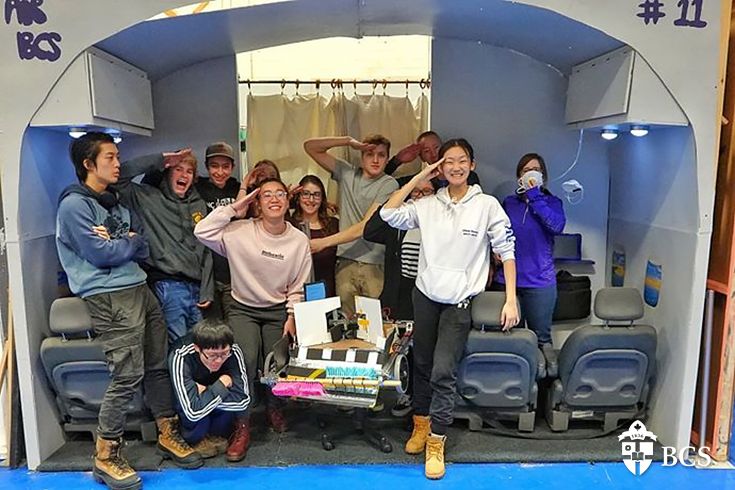 Feb. 26, 2019 | Fourteen humans and one robot travelled to Montreal this past weekend for the CRC Robotics competition.
A group of resilient tech-minded problem-solvers spent their weekend at Vertigoal 2019, a provincial robotics competition hosted by Centennial Regional High School. The team has spent the last several months prototyping and building the robot, in addition to filming a video and building a booth to fit this year's 'Air BCS' theme. During the event, teams had to compete in two-on-two challenges involving buttons, obstacles, tennis balls, and targets. As a result, students on our robotics team had to collaborate with other schools to solve the challenges, only to be pitted against these same teams in later rounds. The competition was tough and our group was hit with many mechanical problems. Despite the technical setbacks, the four members tasked with building and repairing the robot pushed on. "Even after the competition, they kept working and problem-solving," shared Ms. Rowell, our science and robotics teacher. Lucie, the student electrician on the team, added: "I loved fixing our robot. Which was good, because that's the main thing we did!"