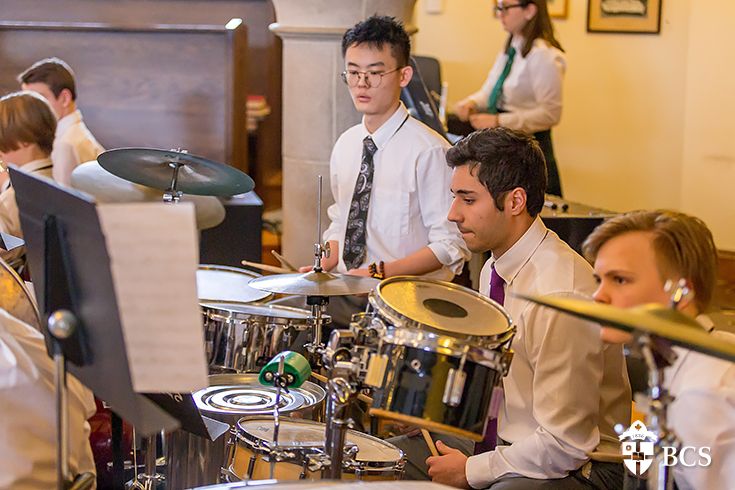 The show must go on

Mar. 14, 2019 | A hallmark of spring at BCS, we were graced by musical and vocal performances at our annual Spring Concert yesterday.
The Junior Band started the show by displaying the skills they've learned in the short time they've been practising as a full group. The Senior Band followed with a performance of “Africa” by Toto and a particularly fun piece that involved using garbage cans as instruments (which Mr. O tested himself for quality!). After a brief intermission, the Choir started things off on a fun note with "I'm a Believer" by Neil Diamond (yes, that song from Shrek). Coco performed a solo with "City of Stars" from the movie "La La Land," Valeriia sang Whitney Houston's "I Wanna Dance With Somebody,” and Natalia capped off the solos with a performance of "I Have a Dream" by ABBA as part of a Mamma Mia medley. Alan lended his piano skills to several of the pieces, including "You Raise Me Up," a song he requested for his last performance. Our Stage Band closed the show with three intricate pieces, once again displaying their talent and hard work. We particularly enjoyed the cheeky tribute to the movie "Whiplash".