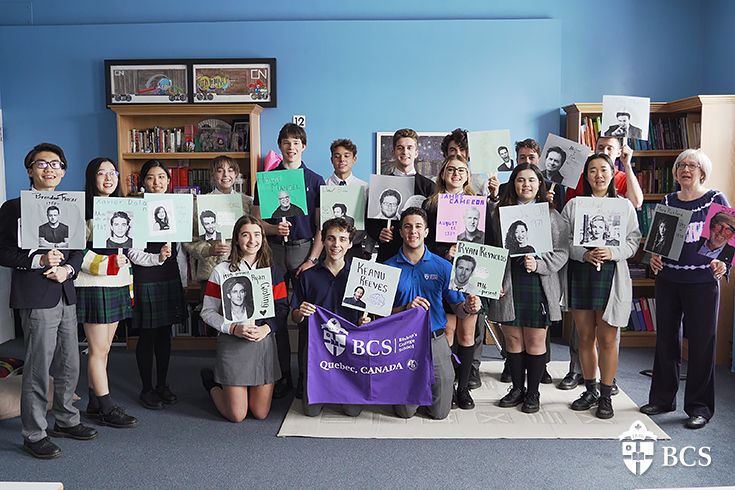 Apr. 18, 2019 | Yesterday was National Canadian Film Day and our students celebrated in style!
Over the past week, the Form VII IB English Language and Literature class has been delving into the world of Canadian cinema to celebrate National Canadian Film Day. Together they watched and discussed Remember, a film by Atom Egoyan, and have begun work on an assignment about the protagonist. The screening took place in advance of yesterday's live-streamed discussion about filmmaking in Canada hosted by Reel Canada. Across the country, over 200 schools participated in the discussion, which allowed students to tweet their comments and questions to have them featured on air, as well as answer film trivia questions to win a prize for our school. While our students didn't win, we managed to rank well, peaking at 11th place. Our students were also featured in the live stream, seen in the photo above as they celebrated important figures in Canadian movie history.