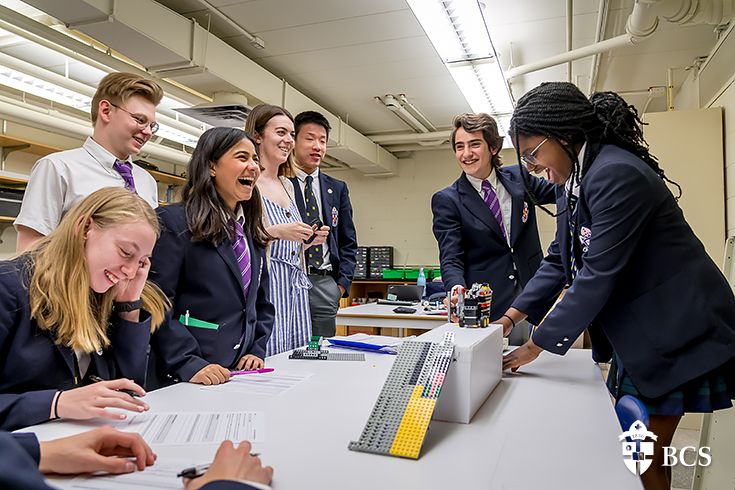 May 14, 2019 | Our robotics room was buzzing with robot sounds and excitement yesterday!
The Form III Science and Technology class was hard at work Monday afternoon building, breaking, and rebuilding Lego robots. As part of their unit on forces and simple machines, the students were tasked with applying their engineering skills to build a miniature scale "people-mover" under the pretense of an airport improvement project. The robots, which were built using Lego Mindstorms parts, had to incorporate three simple mechanisms that would allow it to move a Minifigure onto a box and stop at a specific point. Using gear trains, pulleys, inclined planes, and wheeled vehicles, each team came up with their own solution, some prioritizing speed while others prioritized the safety of their passenger. Though some Lego contraptions were much more successful than others, the variety of solutions to the problem showcased students' creativity and every team learned some valuable lessons about design.