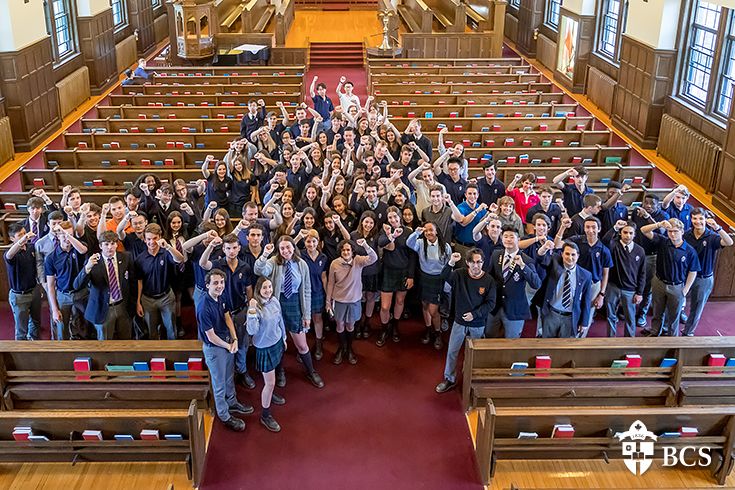 The wrist is history

May 20, 2019 | Over the past few weeks, Nadim has been selling bracelets in an effort to raise funds for his project 'Friends of Mar Elias'.
BCS is sustained by a culture of philanthropy, whether through donations toward our capital projects or through the engaged parents and alumni who give their time to our community. We get particularly excited when our students take action in their own way toward helping causes they care about. In the summer of 2018, Nadim, a Form VI student at the time, and his friend Pablo worked as volunteers at Mar Elias, a small refugee camp located in Lebanon. While there, Nadim and Pablo met with the people living in the camp–Syrian and Palestinian refugees as well as underprivileged Lebanese families. They were struck by the living conditions in the camp but they were particularly shocked to find out that most children did not have access to education. After meeting with the children and hearing their hopes and dreams of one day becoming teachers, doctors, and football players, they decided to start 'Friends of Mar Elias' to raise funds to pay for a school bus and school uniforms for 35 children (boys and girls) living in the camp.

Over the past two months, Nadim and Pablo have fundraised €4,194 toward the cause through donations and fundraisers. Their latest fundraiser involved selling 'Friends of Mar Elias' bracelets to students and staff who have been proudly wearing them over the past few weeks.
Nadim still has a few more bracelets for those who would like to support his endeavour! You can also find out more about the project and donate directly on his Go Fund Me campaign.
Back
80 chemin Moulton Hill, Sherbrooke, QC J1M 1Z8 CANADA
Phone: 1.819.566.0227 | Toll-free: 1.877.570.7542  | Email Us