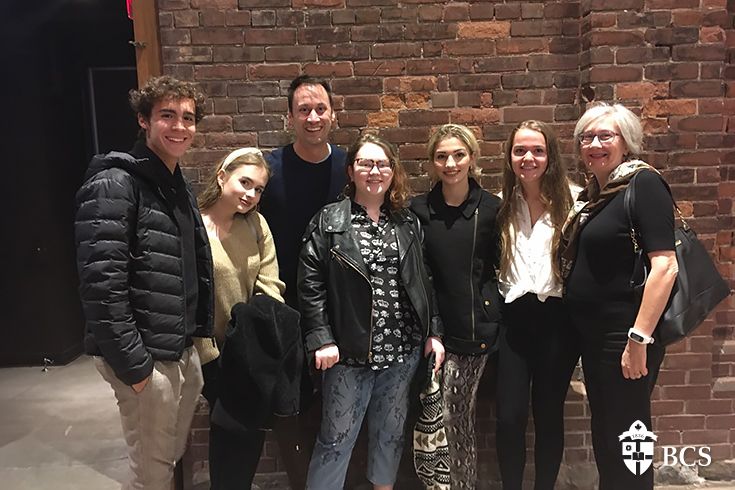 Show on the road

Oct. 29, 2019 | Mr. Kelso's Form VII students travelled all the way to Toronto last weekend in the name of theatre.
Our IB English Language and Literature students travelled over 1400 kilometres this past weekend to see Soulpepper's performance of A Streetcar Named Desire. Five students from the class of 10 have been reading and discussing the play by Tennessee Williams and took the opportunity to see it interpreted by professional actors. The group journeyed by car, bus, and train to Toronto to see the play, which they described as "impressive" and "moving." The intensity of the acting stayed with them as they bundled up against the cold and conferred about the play over dinner at a nearby Mexican restaurant.