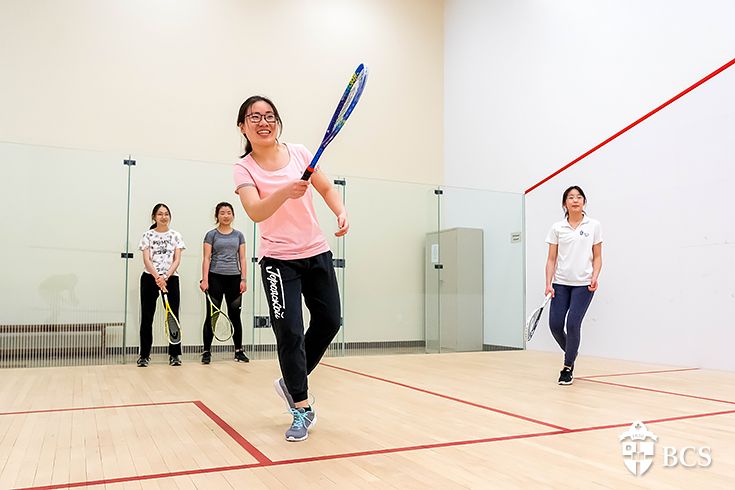 Dec. 2, 2019 | Students in the squash crease are getting ready for their first tournament on Wednesday.
Swinging away on the courts this afternoon, the squash crease is practising their skills for their first tournament coming up later this week. Over the course of the season, our students will compete in four tournaments. Already a few weeks into the season, Coach White is already noting the exceptional calibre of athleticism demonstrated by this year's team. "A few of the students this year are new to the school and some are new to the sport, but they're showing real drive to compete at an advanced level," he noted about the group. While all students have been putting in great efforts so far this term, the six who have been selected to play in the tournament are Finley, Jieni, Justin, Lachlan, Leo, and Yedidia. As today's practice came to a close, it was clear that despite the individual nature of the game, the students in the crease have developed a strong camaraderie.