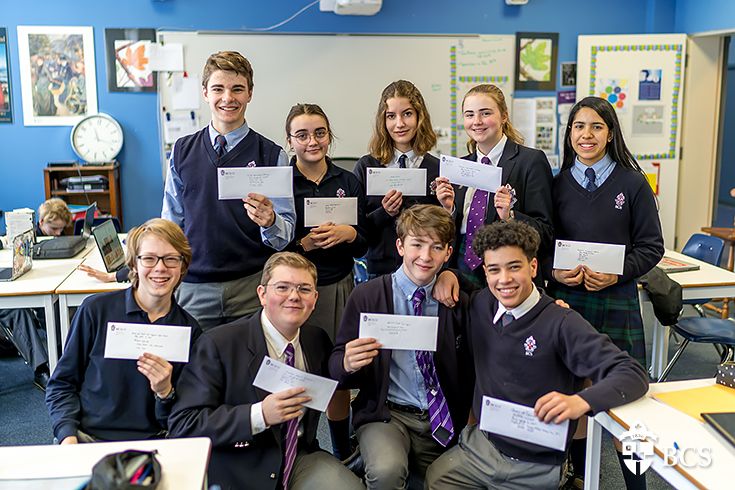 Feb. 21, 2020 | Ms. Carey's Form III English Language Arts students are practising the long lost art of snail mail, mailing letters to students across Canada as part of 'The Great Canadian Mail Race.'
The activity sent to Mrs. Carey by Ms. Hansen, an 8th-grade teacher at the Charles Bloom Secondary School in British Columbia, encourages students to study Canadian geography and identity in a fun and engaging way. Included alongside a handwritten letter from a student named Meghan were instructions inviting our students to each write a letter to a school anywhere in Canada. While the content of the letter was left up to the students, Mrs. Carey suggested they share information about themselves, our school, and our part of the country, as well as asking questions about the recipient's part of Canada. "It's a writing exercise but it's also a way to have them learn about lifestyle differences around the country," she noted, adding that many students have already discovered new facts about other provinces, the way their education systems differ from our own, and the different address formats. Now that the letters have been put in the mail, the winner of our leg of the race will be the first student to receive a reply.