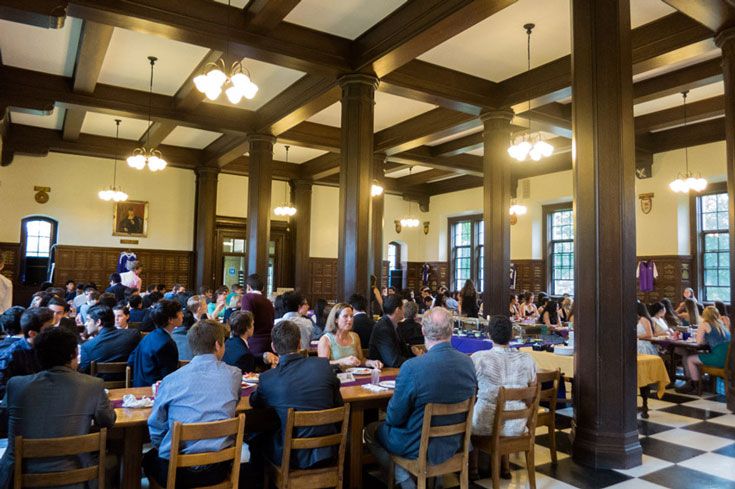 As always, the coaches and students spoke about about their wins and losses throughout the spring season. For graduating students, it was a bittersweet evening – full of memories and excitement about what’s to come.  They spoke highly of their experience and all the things that have been learned during their time at BCS.

For the first time, we had an alumnus speak as well. Samuel Giguere, BCS’03, joined us for supper. He played in the NFL for the Colts, moved to Hamilton to play in the CFL and now has been traded to the Montreal Alouettes. He is currently training with the team across the river at Bishop’s University. He spoke about the impact that BCS had on him, particularly having the opportunity to play football and rugby. The first time he ever played football was here at BCS is Form III.

It was a great evening for everyone and a nice mini break from studying. Thanks to our wonderful Dining Hall staff for the delicious food, and Mr. Bray and Monica in the Athletics Department. Without them, these nights wouldn’t happen!
Back
80 chemin Moulton Hill, Sherbrooke, QC J1M 1Z8 CANADA
Phone: 1.819.566.0227 | Toll-free: 1.877.570.7542  | Email Us