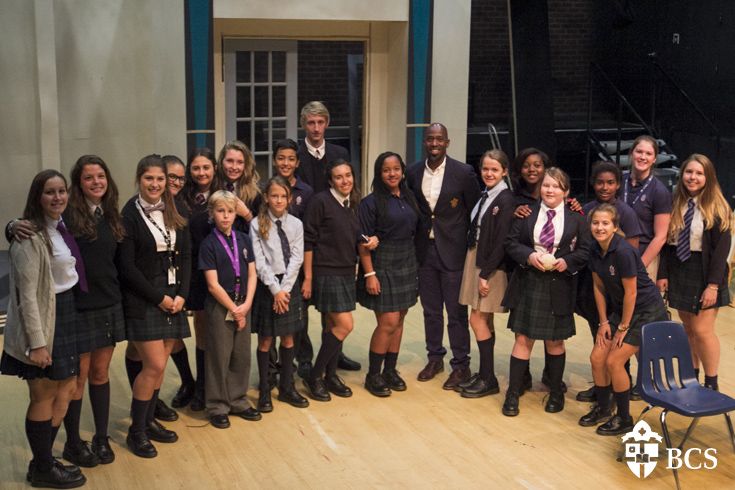 Sep. 23, 2015 | Ntare Guma Mbaho Mwine graduated from BCS in 1985; today was the first time he has been back on campus in the 30 years that have passed.
Mwine, who has appeared in such high-profile productions as Blood Diamond, Law & Order, Heroes and CSO: Crime Scene Investigation, has recently been in Montreal filming with legendary producer Steven Soderbergh. He took great pleasure in visiting his old residence, McNaughton, eating lunch in Ross Hall (sadly, minus the large tubs of ice cream that used to be available in his day!) and checking out the R. Lewis Evans Memorial Theatre. He was thrilled to learn about the advances in drama offerings at BCS since his time here and made a point of speaking with students and encouraging them to take advantage of any and all resources available. Check out his blazer!
Back
80 chemin Moulton Hill, Sherbrooke, QC J1M 1Z8 CANADA
Phone: 1.819.566.0227 | Toll-free: 1.877.570.7542  | Email Us