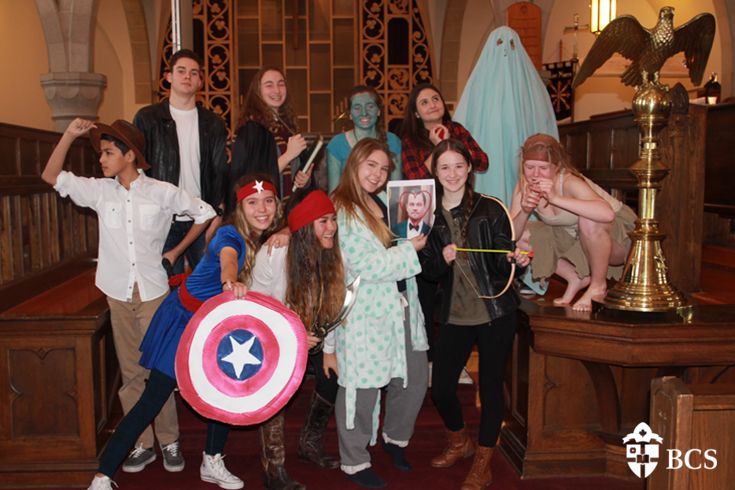 Jan. 19, 2016 | The 2016 Winter Carnival Committee brought the house down during Chapel this morning with the announcement of this year's theme.
2016's Winter Carnival is entitled "BCS at the Oscars", with the different houses represented by such blockbuster Hollywood series as The Hunger Games, The Avengers, Pirates of the Caribbean, Ghostbusters, Twilight, Indiana Jones, Star Wars, Lord of the Rings, Avatar and Harry Potter. The committee put on a great show to thunderous applause - and it's safe to say the houses will have a tough act to follow when they present their own skits in just a few weeks' time!
Back
80 chemin Moulton Hill, Sherbrooke, QC J1M 1Z8 CANADA
Phone: 1.819.566.0227 | Toll-free: 1.877.570.7542  | Email Us