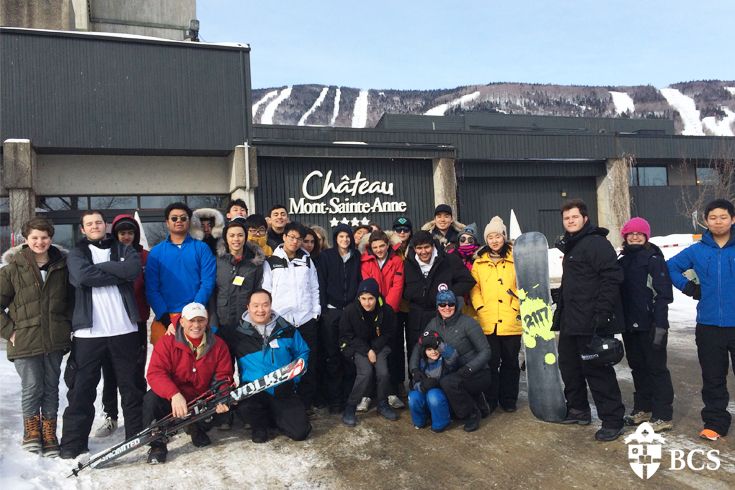 A break on the slopes

Feb. 9, 2016 | Our skiers and snowboarders had a blast during the February break!
Over the course of the long weekend, many students took advantage of the ski and snowboarding trip on offer to explore the mountains in the region of Quebec City. The group tested out the slopes at both Mont Sainte-Anne and Le Massif, in addition to having a fun day at the snow play park at Village Vacance Valcartier. To top it all off, temperatures remained mild throughout the whole weekend!
Back
80 chemin Moulton Hill, Sherbrooke, QC J1M 1Z8 CANADA
Phone: 1.819.566.0227 | Toll-free: 1.877.570.7542  | Email Us