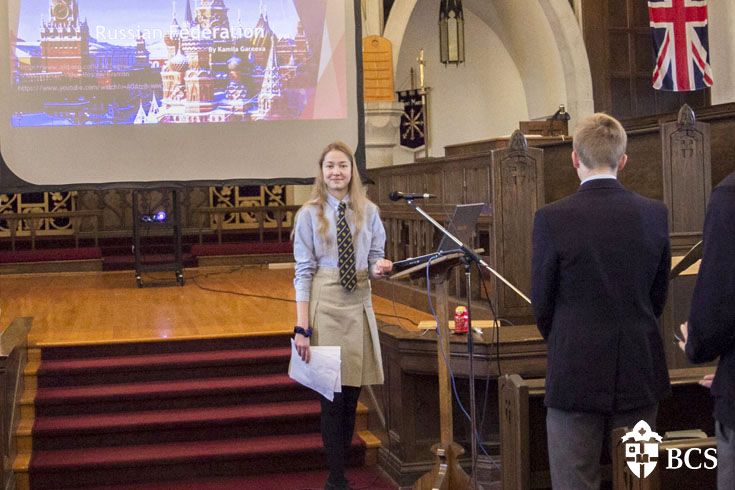 Feb. 16, 2016 | Following in Liora's footsteps, Form V student Kamilla spoke about her motherland, Russia, in chapel this morning.
After standing for the Russian Federation's national anthem, Kamilla presented a few fun facts on her native country: she introduced the Kremlin, explained the colours on the Russian flag and even presented a short video on impressive Russian landmarks. To conclude, she quizzed the audience with some Russian trivia, and the three impressive winners were awarded a small souvenir from... you guessed it! Russia!
Back
80 chemin Moulton Hill, Sherbrooke, QC J1M 1Z8 CANADA
Phone: 1.819.566.0227 | Toll-free: 1.877.570.7542  | Email Us