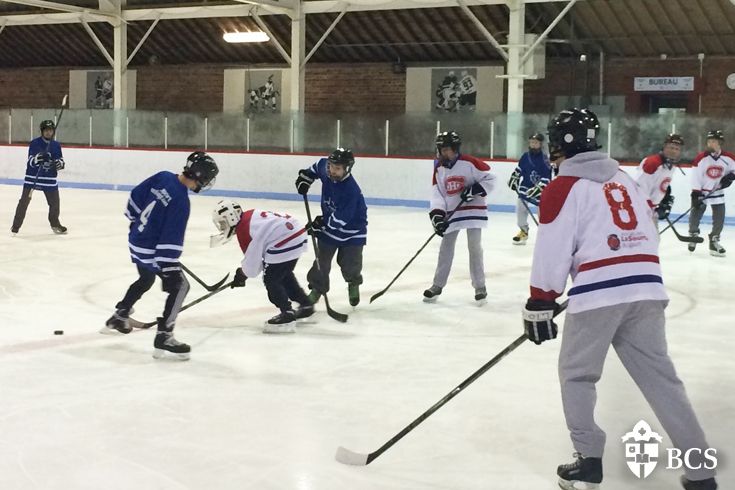 See you next year, Memorial Arena

Mar. 10, 2016 | A match between the Montreal Canadiens and the Toronto Maple Leafs was played in the arena today!
Well a match between BCS students sporting those teams' jerseys, anyway! When the after-school shinny hockey team started practicing a few months ago, some of the students in the Thursday activity group barely knew how to skate. Today, the team members were steady on their skates as they played their last match of the year before the arena closes for the summer!
Back
80 chemin Moulton Hill, Sherbrooke, QC J1M 1Z8 CANADA
Phone: 1.819.566.0227 | Toll-free: 1.877.570.7542  | Email Us