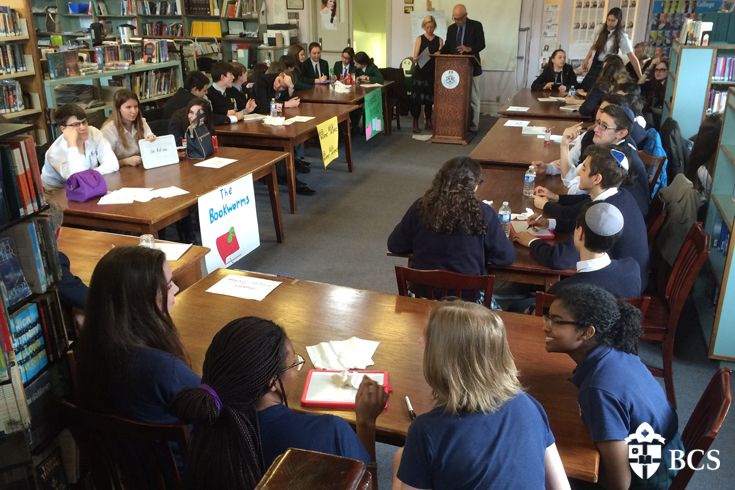 Apr. 6, 2016 | Four of our students were up early this morning to travel to Montreal for the QAIS Division Battle of the Books.
Julia, Chelsea, Emma and Candy - or "The Bookmarkers," as they call themselves -  represented BCS at the competition that was held today at Trafalgar School for Girls. Teams were made up of four to six members who, between them, had to read ten predetermined books from the beginning of the school year. Weekly practice sessions began in January for our hardworking Bookmarkers, who comprised the first ever BCS team to attend this competition.

In total, eight independent schools competed to determine who will represent QAIS at the Ultimate Battle of the Books Competition against the ESMB and LBPS. Congratulations to The BCS Bookmarkers who placed an impressive third overall their first time out!
Back
80 chemin Moulton Hill, Sherbrooke, QC J1M 1Z8 CANADA
Phone: 1.819.566.0227 | Toll-free: 1.877.570.7542  | Email Us