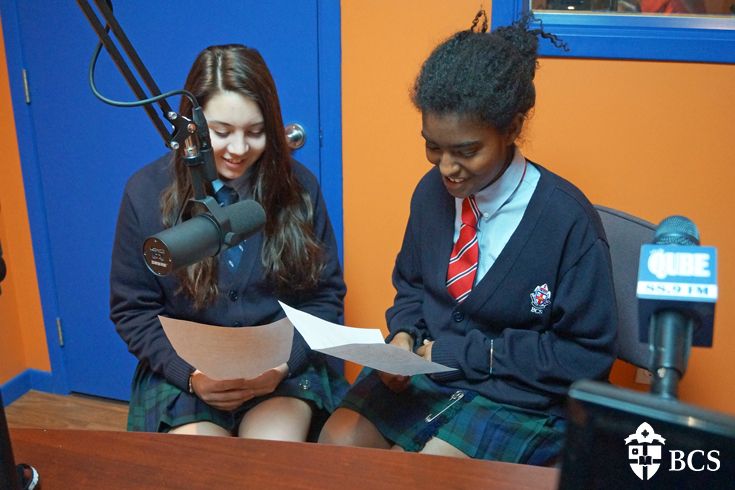 Apr. 12, 2016 | Five of our students made their radio debut on the The Qube station this afternoon.
After writing the best ad in their drama class script-writing contest, Candy and Emily were invited to the radio station to record their winning ad on BCS's next theatre production. The girls were also accompanied by Michelle, Paul and Félip, three actors from the play, who were interviewed on their work in progress. Keep an ear out for the ad playing on CJMQ 88.9 starting next week, that promotes BCS Player’s Club’s new play “Play on!” by Rick Abbot. The actors take to the stage May 4th 2016 – break a leg!
Back
80 chemin Moulton Hill, Sherbrooke, QC J1M 1Z8 CANADA
Phone: 1.819.566.0227 | Toll-free: 1.877.570.7542  | Email Us