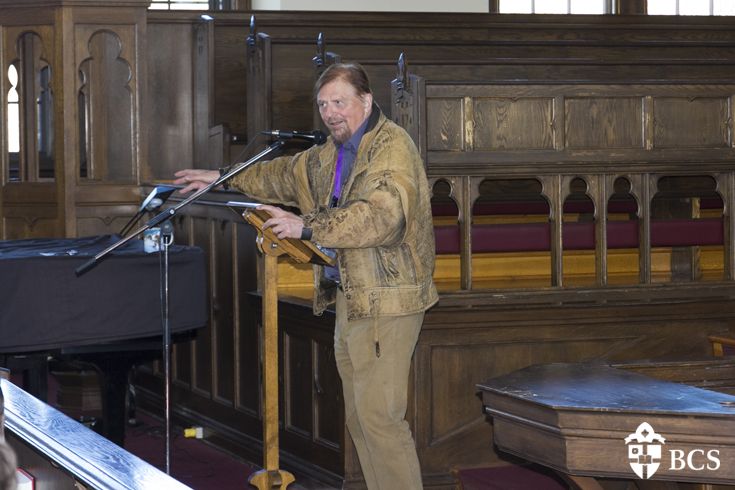 Apr. 21, 2016 | We had the pleasure of welcoming Canadian-born journalist Gwynne Dyer to BCS this morning.
The esteemed international writer, considered an expert on the Middle East, cast quite a spell in Chapel, speaking to our Form V, VI and VII students during Periods One and Two. He spoke candidly about revolutionary and terrorist acts, as well as international involvement in civil conflict. After his talk, he opened up the floor to student questions - of which there were many from the highly engaged audience.