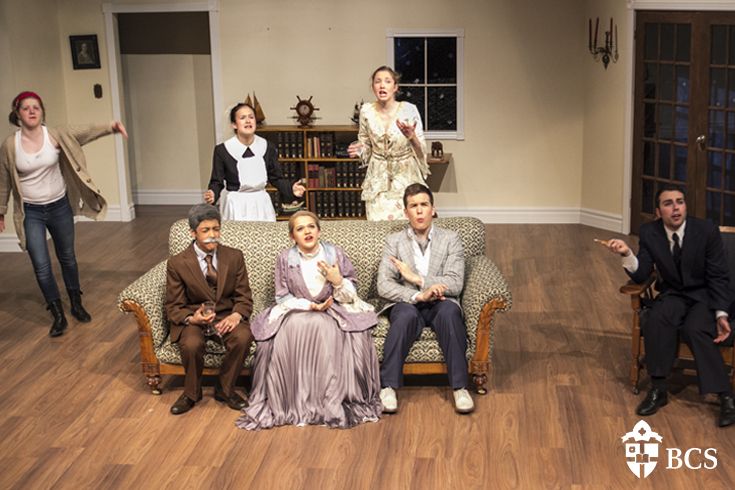 May 4, 2016 | This afternoon marked the start of the BCS Players' Club's spring production.
Beginning with today's matinee, the play will run until Saturday night's closing performance. A play within a play, Rick Abbott's piece tells the story of a theatre group attempting to pull together a show with a script that is constantly being re-written. Louise is the much-maligned stage hand/ set designer and constructor, who is consistently yelled at by cast and crew when things go awry - which they often do.