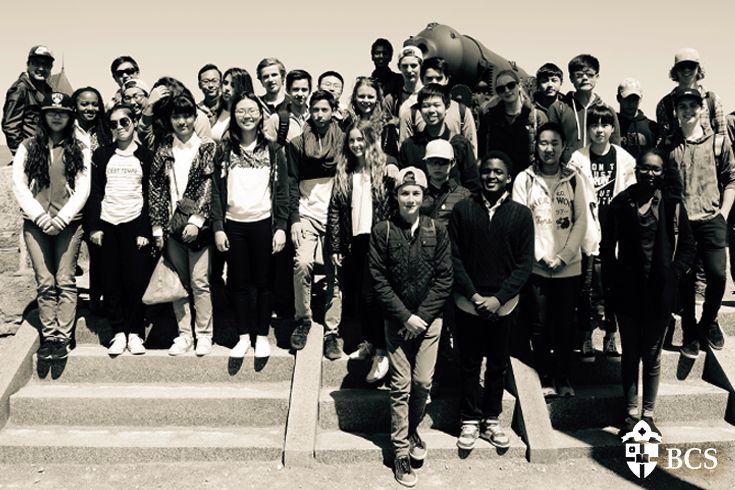 May 9, 2016 | A group of history students were up early last Friday morning, heading off to old Quebec City.
With Mr. Maxwell and Mr. St-Amant in tow, they gathered on the Plains of Abraham and enthusiastically reenacted the battle for Quebec - even carrying Bosco (in the role of Montcalm) up the hill after he suffered his fatal injury. They then went on a tour of the Citadel, as well as visiting the Musée du Fort and the Notre-Dame-des-Victoires church. After some free time in the old town, they ate dinner at "Aux anciens canadiens" restaurant, which is actually the oldest restaurant in Quebec City and whose building dates back to 1675. A great time was had by all and, as one participant stated, it was the "best class trip ever!"
Back
80 chemin Moulton Hill, Sherbrooke, QC J1M 1Z8 CANADA
Phone: 1.819.566.0227 | Toll-free: 1.877.570.7542  | Email Us