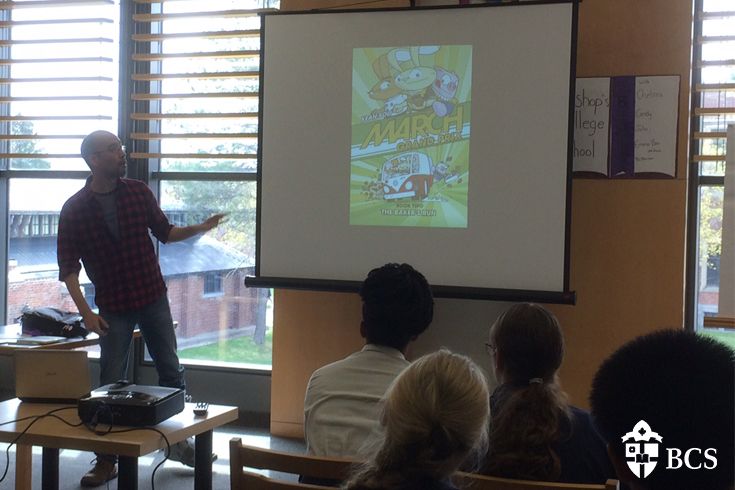 May 13, 2016 | Graphic novelist Kean Soo visited campus and spoke with Form IV students today.
The creator of the comic character Jellaby was born in England, raised in Hong Kong and currently resides in Canada. While he is actually a trained engineer, he has enjoyed great success with two of his graphic novel series, Jellaby and March Grand Prix. Mr. Soo took the time to speak about the process of creating these series and answered what turned out to be a lot of questions from some very interested students!
Back
80 chemin Moulton Hill, Sherbrooke, QC J1M 1Z8 CANADA
Phone: 1.819.566.0227 | Toll-free: 1.877.570.7542  | Email Us