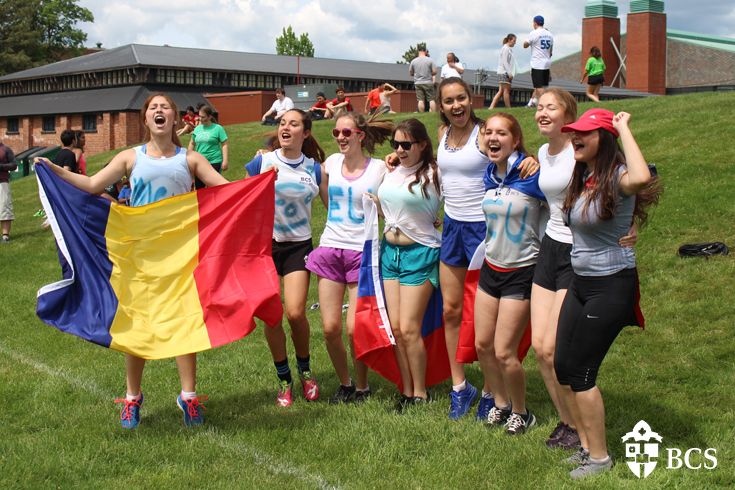 Jun. 6, 2016 | This past weekend was the biggest event of the year: the BCS Mini Soccer World Cup!
An annual intramural tournament, the event is extremely popular with students and faculty alike. The students themselves assemble their teams, design their own uniforms, and recruit supporters to cheer loudly for them in the stands. There's even a prize for the most spirited team supporter! This year fielded eight teams, representing countries such as "European Union", "Quebec", and "Canada West". In the end, Mexico took on Canada in the final, with the maple leaf flag coming out the victor!