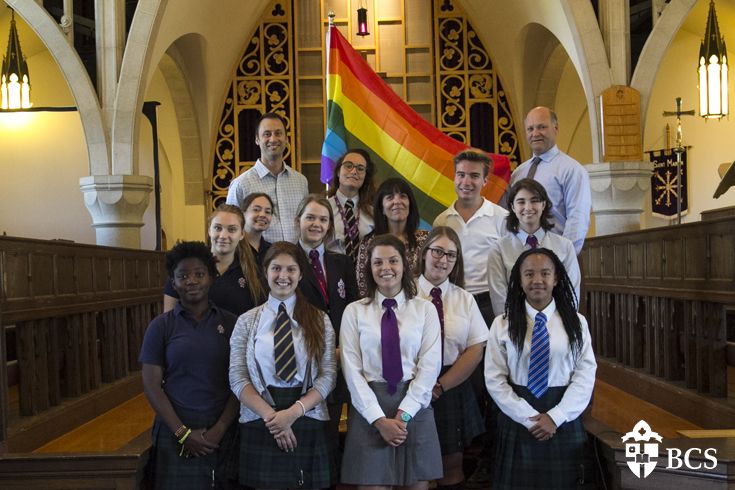 A rainbow after the storm

Jun. 15, 2016 | Today at lunch, members of the BCS Pride Alliance proudly gathered around the Rainbow Flag that has been occupying centre stage in Chapel this week.
June is Pride Month in Canada, and while the alliance meets regularly throughout the school year to share and discuss topics concerning the LGBT community, the group felt it was important to celebrate and raise the Rainbow Flag before school is out. After group advisor Mr. Kelso presented the flag on Monday, Mr. Lewis called for a moment of silence for those affected by acts of hatred, adding that everyone is accepted as they are in the BCS community.
Back
80 chemin Moulton Hill, Sherbrooke, QC J1M 1Z8 CANADA
Phone: 1.819.566.0227 | Toll-free: 1.877.570.7542  | Email Us